Department of Urology and Nephrology 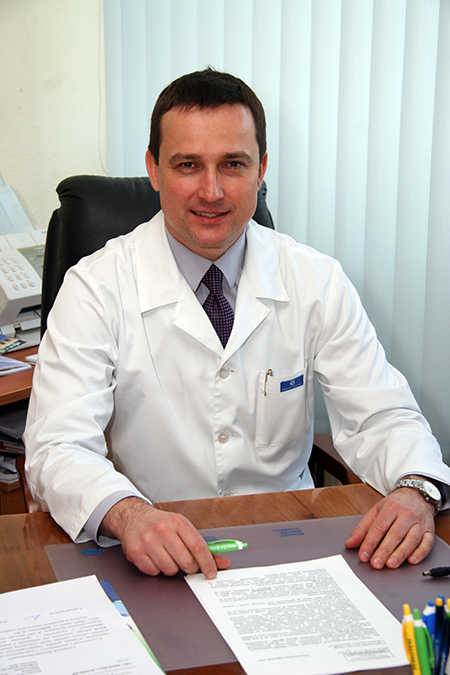 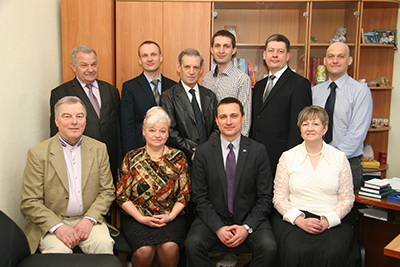 In 1958 V.A.Mohort was chosen for the position of an assistant, in 1960 he protected Candidate's thesis on the topic: "Actinomycosis of     genitourinary organs".

In 1999 the Department was renamed into the Department of Urology and Nephrology. V.S.Pilotovich, a leading nephrologist, Doctor of Medical Sciences, works as professor at the Department.  Advanced training and retraining courses in nephrology have become more frequent. The courses are designed for nephrologists of hemodialysis centres, transplantologists, therapists, and cover the issues of modern nephrology, including new topics of arterial hypertension, recurrent nephropathies, methods of artificial blood purification and kidneys transplantation. 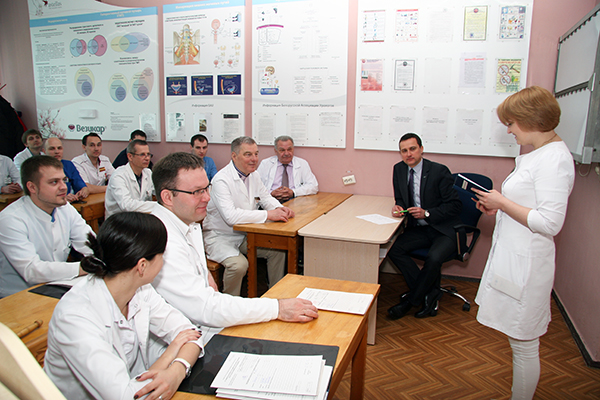 In 2013 the Department had the 60th Anniversary. Until this time the staff had contributed greatly into development of urology and nephrology in our country, specialists' preparation, rendering of qualified consultation and medical care to patients.

Staff of the Department has being working at the Republican Center of Andrology, which was founded and now is successfully functioning on the basis of Minsk Regional Clinical Hospital (professor A.A.Gres is a head there). BelMAPE has a diagnostics of methabolic disorders at kidney stone disease at Central Scientific and Research Laboratory.

Since 1991 staff of the Department has defended many theses: 11 Candidate's and Doctoral theses have been protected. 15 author's certificates and patents have been received. 16 monographs, 7 instructional and reference aids, 29 methodological recommendations, about 700 articles in publications of Belarus, CIS countries and abroad have been published. Recently there have been 2 congresses of urologists of the Republic of Belarus, conferences and symposia with international participation regularly take place.

Within the last 10 years (2004-2014) more than 180 courses of advanced training and retraining have been organized, which have been visited by more than 2700 listeners.

Main forms of classes: lectures, seminars, participation in scientific clinical, hospital and clinical-anatomical conferences. Practical classes are conducted in well-equipped lecture rooms with the application of multimedia and communication equipment: in operating rooms, rooms of external-beam radiotherapy, E-ray rooms, room for urofluometry, ultrasound rooms, laboratory, and hemodialysis halls. Staff of the Department does all kinds of urology operations with application of endourological and laparoscopic equipment.

Belarusian Society of Urologists (BSU) was founded in 1958 by professor A.I.Mikhelson. At that time there were 185 urologic beds in the Republic, there were only 31 urologists. After A.I.Mikhelson died in 1971, professor N.E.Savchenko, an academician of the Academy of Sciences of BSSR, was chosen as a chairman of the Belarusian Society of Urologists.

Kinds of activities of BSU:

BSU has a web-site:  www.urobel.uroweb.ru

Within the last years BSU actively carries out work aiming at the extension of cooperation with the European Association of Urologists, more active joining of Belarusian urologists into EAU and maximum seizing the opportunities of this huge organization in the improvement of educational level and professional skills of Belarusian urologists, usage of information field of EAU.

Belarusian Association of Urologists actively cooperates with the European Association of Urologists. To raise an educational level of the European population on the most common and socially important urological diseases, since 2004, the day of the 15th of September was announced as the Day of Prostatic Gland Diseases; annually, every autumn, there is an Information Week for patients (in 2014 the main issue was kidney cancer).

The Week of Urology was created by the European Association of Urologists aiming at the stimulation of people to visit their physicians, when they suffer from some complaints.To inform the European community, EAU has created a new web-site http://urologyweek.org

Main areas of scientific activities of the Department

Daily consultations for patients are hold at Minsk Regional Clinical Hospital through assignments of physicians from Belarusian healthcare establishments. 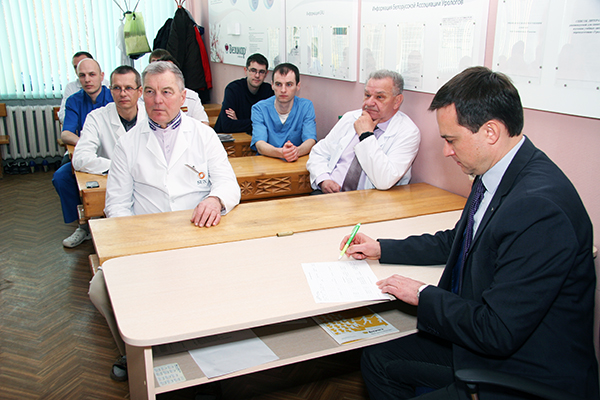 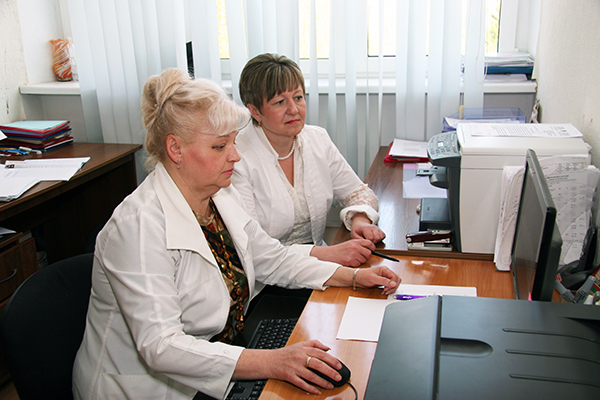 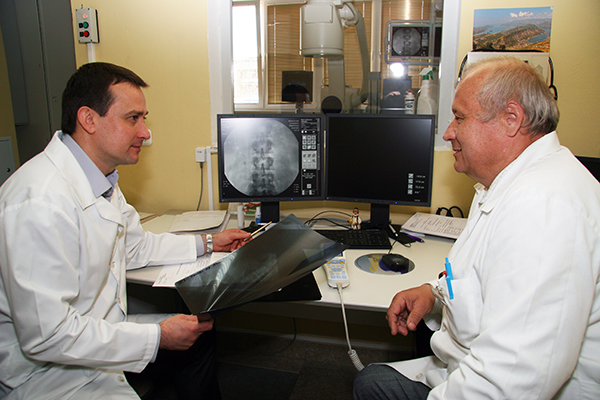 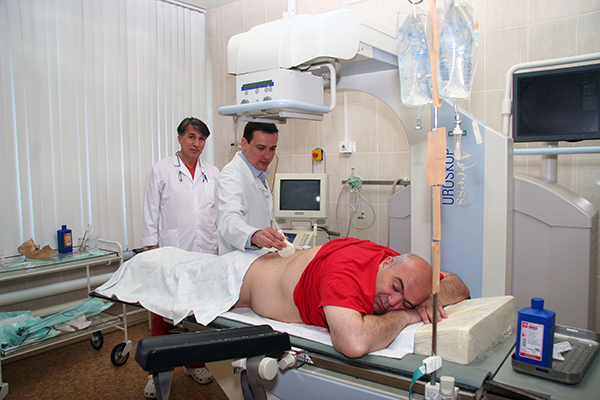 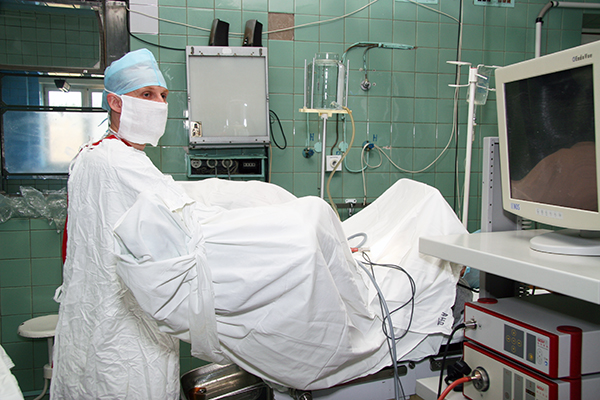 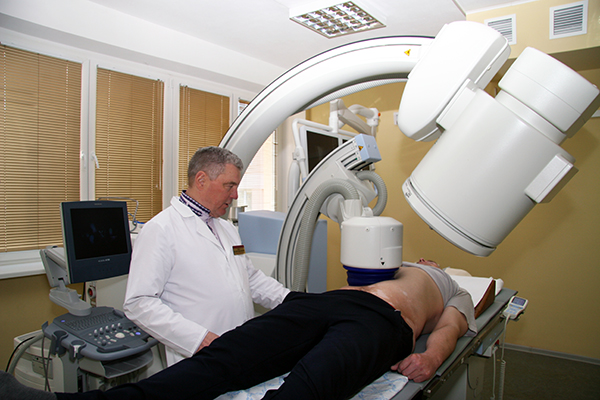