Department of Psychiatry and Narcology 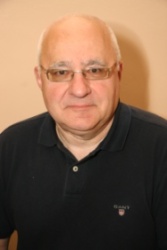 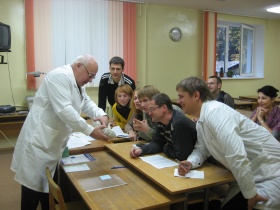 The department was founded in November, 1972. Professor P.P.Volkov was the first head of the department (1972-1993). Narcological services were developing in the 70s. The first chief narcologist of the Republic was an associate professor of the department – A.F.Skugarevsky, under his supervision Narcology dispensaries and occupational therapy rehabilitation centers started to work. In the following years A.F. Skugarevsky became a professor, and after the retirement of P.P.Volkov in 1993 he became head of the department. In the 70-80s Associate Professor F.F.Gordeenya headed Narcology services of the Republic.

A prominent figure in history of the department was V.I.Evmemenko, an assistant. Candidate’s thesis of L.I.Sohnenko, an assistant, working at the department in the 80th, was devoted to psychiatric problems while having leukoencephalitis. A.S.Klimovich, an assistant (1986-1993), was involved in the problem of medical-labour expertise and social rehabilitation at psychology diseases.

Professor V.T.Kondrashenko, who worked in the field of adolescent psychiatry, neuroses and psychotherapy, and who later (1991) became the founder of the Department of Psychotherapy of BelMAPE contributed greatly into the development of the Department. Associate professor, Candidate of Medical Sciences, V.I.Savchenko started his career at the department in 1973 and finished it in 2002. From the early 90s and until 2004 he headed forensic psychiatric examination services in the Republic of Belarus. 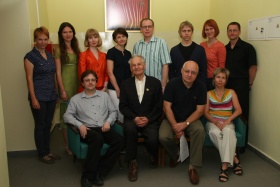 Some of the former specialists are successfully working abroad: N.V.Malykhin, Candidate of Medical Sciences, works as an Associate Professor of the Department of Pharmacology in Alberta (Canada), V.A.Dyachenko works as a psychiatrist in Prague and Chakira Adnan as a psychiatrist in Horns (Syria). In September, 1995, when professor R.A.Evstegneev started to work at the department, there had been started a new period with great developments there, which could be explained by great changes in psychiatric science, practice and education in the late 90s.

In 1995-1997 Ministry of Health created and approved new teaching programs, qualification criteria of psychiatrists and narcologists, based on the principles of international classification of mental disorders which were considered at the 10th meeting (10th Minsk City Clinical Hospital), the principles were top-priority in world psychiatry at the early 90th. A number of fundamentally new sets of courses have been created, which are oriented for different types of physicians: primary specialization for trainees, thematic advanced training for teachers of medical higher educational establishments, doctors of primary healthcare, narcologists and etc. Under supervision of professor R.A. Evsegneev 10 Candidate’s theses have been defended. There are some of them: “Suicidal behavior of patients with confusional insanity” (E.V. Lasy), «Clinical and epidemiologic research of post-natal depression» (V.V. Golubovich); «Confusional insanity and bipolar affective disorder in patients with сo-occurring alcohol addiction syndrome» (A.A. Aleksandrov); «Transcultural research of patients with alcohol dependency in the Republic of Belarus and Germany» (O.R. Aizberg); «Mental disorders in men with arterial hypertension and sexual dysfunctions» (Y.I. Ostyanko); «Early psychoorganic disorders in patients with chronic diseases of liver of alcohol genesis» (E.P. Stanko). Also thesis works have been defended in the following fields: psychiatric sociology (S.V.Davidovsky), panic disorder (E.I.Tereschuk), treatment of schizoaffective disorders (N.V. Malykhin), « Personality disorders in patients with recurrent depressive disorder» (I.I. Khvostova). 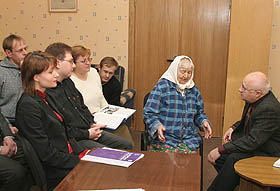 Professor R.A.Evstegneev was an initiator of the Law of the Republic of Belarus 'About psychiatric care and guarantee of the rights while its rendering' and did the main work while creating draft of the document (1997-1999). The law was adopted by the House of Representatives, approved by the Council of the Republic and came into force from the 1st of July, 1999. He was the first legal document in the history of our country, which regulates operating procedures of psychiatric services, rights and responsibilities of physicians, patients, state and public organizations, which participate in rendering of medical care.

Staff of the department and other specialists created the first protocols in Belarus:  «Protocols of diagnostics and treatment of psychiatric and behavioural problems in the system of the Ministry of Health of the Republic of Belarus», which were approved by the Order of the Ministry of Health and came into force in August, 2005. The second version of protocols was also created with the participation of specialists of the department and was approved in 2010. At present specialists of the department perform thesis works on judicial-psychiatric expertise of the casualties, insight at schizophrenia (D.A. Krupchenko), gender peculiarities of suicidal behavior (O.A. Parovaya), suicidal behavior at alcohol addiction (K.S. Zharankov), prognosis of detoxication successfulness at opioid dependence (D.A. Статкевич), суицидальному поведению в стационарах Республики Беларусь (Е.В. Lasy), psychiatric examination of the casualties (T. Krinchik). Since 2005 the department was renamed into the Department of Psychiatry and Narcology.

Since 2012 staff of the department has developed a new set of classes «New aspects in diagnostics and treatment of    behaviour and psychosocial disorders in childhood and adolescence».

In 2010 specialists of the department actively participated in the development of new protocol «Clinical protocol of medical care rendered to patients with behaviour and     psychosocial disorders», approved by the Order of the Ministry of Health of the Republic of Belarus №1387 of 31.12.2010. Staff of the Department of Psychiatry and Narcology took part in the development of a new Law «About rendering of psychiatric help», which came into force in July, 2012.

On the 27-29th of September, 2012, there was the 3rd International Meeting of the Society of Young Psychiatrists with the participation of the leading world psychiatrists, psychiatrists from more than 10 European countries. A collection of articles in English was published.

Clinical residents from Peru, Georgia, and Yemen undergo training at the department.