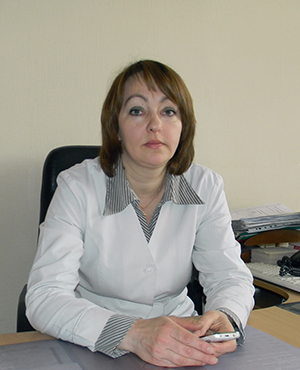 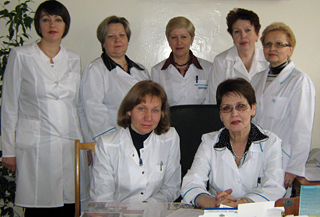 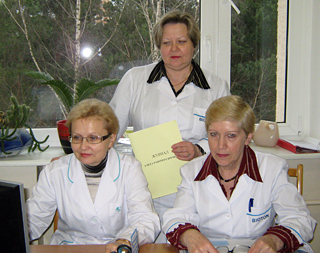 In 1990 in Leningrad L.M.Belyaeva defended Doctoral thesis on the topic 'Basics of prognosing of essential arterial hypertension in children and teenagers”. In 1992 L.M.Belyaeva got a scientific title of professor. Her academic and scientific work experience is more than 30 years.

For the whole period of her working career professor L.M. Belyaeva has created a unique pediatrician scientific school, for the first time in the USSR she created a new direction in pediatrics – study of heredity influence in the development of vegetative dysfunctions and arterial hypertension. Professor L.M.Belyaeva is actively involved into scientific and research work practically on all directions of pediatrics and successfully trains scientific and academic staff. 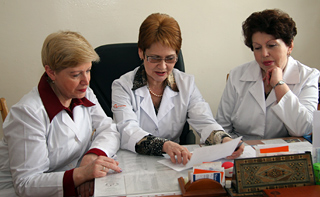 For the last 20 years under her scientific supervision there have been completed more than 20 scientific projects. According to the results of scientific researches of professor L.M.Belyaeva there have been developed and implemented methods into clinical practice of pediatric treatment and prevention medical establishments of Belarus: modern diagnostic and treatment methods to cure children with rheumatic, cardiological and allergological diseases.

L.M.Belyaeva is an author and coauthor of 11 monographs and 2 reference books, more than 60 educational manuals and instructions for pediatricians.

Scientific work of the department includes: development and implementation of complicated diagnostic researches on the problems of pediatric cardiology, rheumatology, clinical immunology and allergology, influence of ecological factors on children’s health, issues of physiology of development and education of «healthy child» etc.

At different periods there were defended Doctoral theses: I.V.Vasilevsky, V.F.Zhernosek.

Specialists of the department have developed and implemented approved training curriculum programs on advanced training courses and retraining in pediatrics, multilevel tests for pediatricians and tests of different qualification categories on the specialty «Pediatrics», study guides, corresponded to the modern native and world level of science, medicine and postgraduate education of pediatricians. 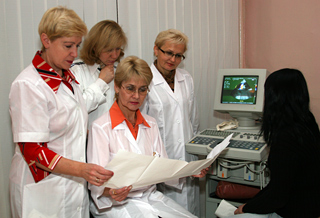 Since 1979 until the present the department is situated at the 4th Minsk Pediatric Clinical Hospital; Shishkina Street, 24.

Annually, more than 10 000 children aged from 1 month to 18 years old get high-quality pediatrician medical care. About 60% of patients are consulted by specialists working at the Department of Pediatrics. 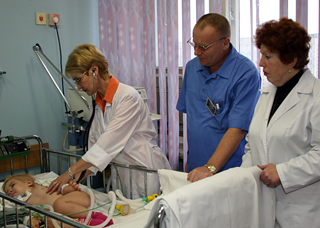 Specialists of the department together with the Public Health Committee of Minsk City Executive Committee and administration of the 4th Minsk City Clinical Hospital regularly participate in organization of city and republican scientific and practical conferences and meetings for physicians, carry out huge methodological and scientific and research work. Together with physicians of the hospital specialists of the department carry out scientific researches on different fields of pediatrics, the results of which are being implemented into practical work of other treatment and preventive establishments of the Republic of Belarus.

Protocols of treatment and rehabilitation of children with system diseases of connective tissues at in-patient and outpatient clinics are implemented into the work of rheumatology and cardiology divisions of pediatric in-patient hospitals and outpatient hospitals of the Republic of Belarus.  Together with the Public Health Committee of Minsk City Executive Committee there has been organized and has been functioning scientific and practical school “Prevention of arterial hypertension and metabolic syndrome of children and teenagers” at the 22nd Minsk Pediatric Outpatient Clinic.

Annually, specialists of the department consult more than 1000 patients outpatiently, go on emergency and consulting calls to healthcare establishments of Belarus.