Department of Neurology and Neurosurgery 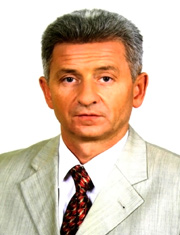 In 2015 the department gained the 3rd place. 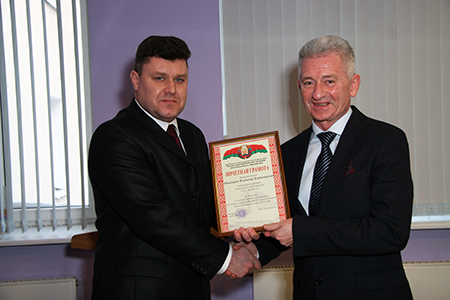 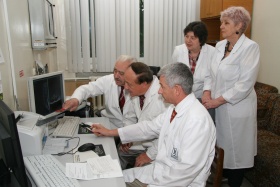 The Department of Nervous System Diseases of Belarusian Institute of Advanced Medical Training was founded in 1947. It was called the Department of Neurology and Physiotherapy.  D.A. Markov, an academician of the Academy of Sciences of BSSR, had been head of the department for 26 years.

For many years the main area of scientific work was the problem of demyelinating diseases of nervous system (etiology, pathogenesis, diagnostics and treatment). The Department of Neuropathology together with the Scientific and Research Institute of neurology, neurosurgery and physiotherapy and Laboratory of Pathophysiology of the Institute of Physiology of the Academy of Sciences of BSSR studied this problem in the Soviet Union. Its adviser (1961-1975) was D.A.Markov, an academician of the Academy of Sciences of BSSR, and main research performers were specialists of the department. The results of the research were reported at symposia and conferences, which were held in Minsk in 1965, 1970 and 1974. Subject collections and monographs were published.

Scientific researches on actual problems of neurology were carried out at that time at the department: neurological syndromes of chronic arterial limb insufficiency; role of veno- lymphoid and system disorders in pathogenesis of neurologic manifestations of osteochondrosis vertebralis; processes of de- and remyelination at acute and chronic demyelinated, inflammatory and vessel diseases of nervous system of muscular tonic syndromes of neck and lumbar osteochondrosis.

From 2005 to 2008 head of the department was A.Shamagonov, an Associate Professor.

From 2009 to 2010 the department was headed by professor Yuri Georgievich Shanko.

Since 2010 the department has been headed by Doctor of Medical Sciences, professor V.V.Ponomarev.

From 2000 the course on neurosurgery has been reorganized. In 2004 the department was renamed into the Department of Neurology and Neurosurgery of Belarusian Medical Academy of Postgraduate Education. 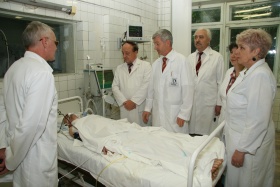 At present there are 16 clinical residents, including citizens from Georgia, Palestine and Tajikistan. 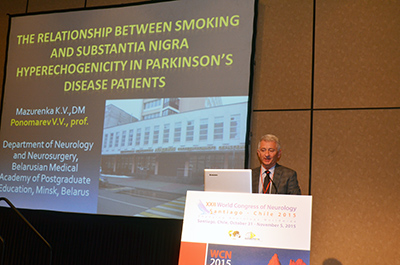 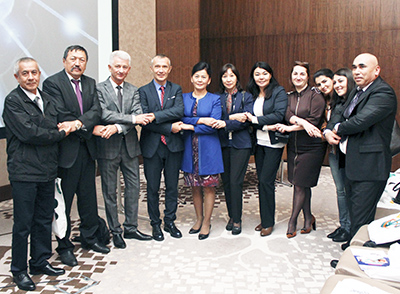 After international conference with colleagues from Russia, Tajikistan, Turkmenistan, Kazakhstan and Georgia (October, 2015). 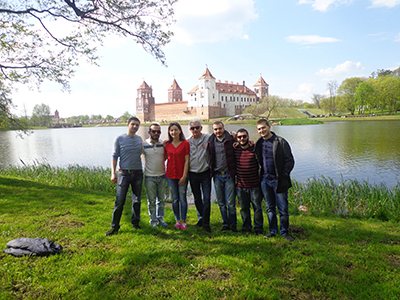