Department of Clinical Hematology and Transfusiology 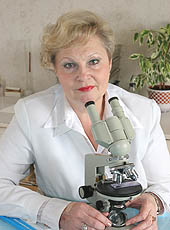 The Department of Clinical Hematology and Transfusiology of BelMAPE has been functioning since 1979 and for more than 30 years it has been holding advanced training courses, retraining of physicians of different specialties on actual issues of hematology and transfusiology.

The department holds special courses for obstetricians and gynecologists, intensivists, surgeons: «Pathology of homeostasis», «Thromboses and DIC-syndromes», «Bleedings and DIC-syndromes». Since 1979 specialists of the department has been rendering emergency medical care at bleedings, thromboses, DIC, especially in obstetric and gynecologic practice throughout Belarus. 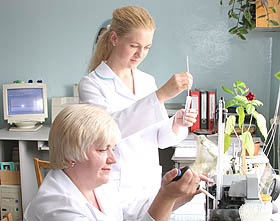 From 2000 to 2007 the department was headed by Doctor of Medical Sciences, A.L.Uss, who also was head of Republican Center of Bone Marrow Transplantation and Cell Biotechnologies. With the appearance of A.L. Uss transplantology was implemented into the training process, a new advanced training course was organized – «High-dose chemotherapy in oncohematology, transplantation of stem cells».

Since 2007 until present the department has been heading by Doctor of Medical Sciences, L.A.Smirnova.

Directions of scientific and practical work of the department

Main directions of scientific and practical work of the department are development and implementation the following into clinical practice:

Objectives of the department