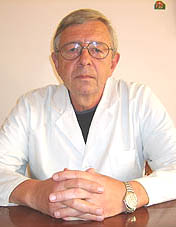 Head of the department, Doctor of Medical Sciences, physician of the highest qualification category 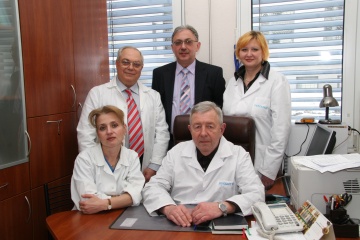 Department of Pediatric Surgery was founded at Belarusian State Institute of Advanced Medical Training in 1964 under supervision of professor Sergey Leonidovich Libov. The department was situated at 5th Minsk Clinical Hospital. In 1966 after major surgery with a long period of rehabilitation S.L.Libov had to finish his career as head of the department and moved to Leningrad.

Professor O.S. Misharev paid a special attention to the development and improvement of surgery care rendered to children, especially newborns with heart congenital malformations and digestive tract malformations, to patients with peritonitis, acute hematogenous osteomyelitis and suppurative-septic diseases. A special attention was paid to the issues of postoperative preparations of patients with further intensive therapy. It was O.S.Misharev who initiated the opening of the first Pediatric Division of Intensive Therapy and Resuscitation in Belarus, which was situated at the Center of Pediatric Surgery. In 1975 under his initiative there was opened a special laboratory on the study of homeostasis in children with suppurative-septic diseases. The department carried out a huge scientific work, as evidenced by a large amount of scientific publications and defended theses. 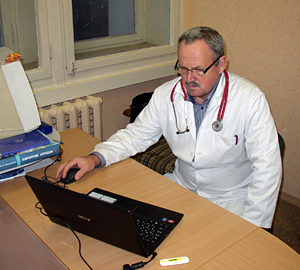 In 1975 at the Department of Pediatric Surgery at Belarusian Institute of Advanced Medical Training there had been organized a course of Pediatric Anesthesiology and Resuscitation. The first teachers of the course were associate professor V.K. Zubovich and assistant V.V. Kurek. Due to a huge interest to the issues of pediatric anesthesiology and resuscitation the staff of the course was extended. The following physicians started to work at the department: associate professor A.P. Vasiltseva, assistants I.N. Savateev, V.I. Zelyak, A.G. Torkachev, V.S. Ten. In 1989 on the base of the course there had been created the department which was headed by associate professor V.V. Kurek.

In 1988–1993 the Department of Pediatric Surgery of Belarusian Institute of Advanced Medical Training was headed by professor Leonid Evgenievich Kotovich, who was interested in the issues of thoracic and ulcer surgery of children.

On the 9th of March, 2006, by the Order of the Ministry of Health of the Republic of Belarus, there had been created the Department of Pediatric Surgery of BelMAPE (head of the department – Doctor of Medical Sciences, associate professor V.V.Troyan).

Specialists of the department have worked out «Unified program of postgraduate training of specialists – pediatric surgeons». They are authors and co-authors of 4 monographs and 2 handbooks, 10 methodological recommendations and guidance manuals. Totally, more than 300 scientific works were published, more than 15 inventor's certificates have been received. For the whole period of department’s and course functioning 3 Doctoral (O.S. Misharev 1966, L.E. Kotovich 1976, V.V.Troyan 2004) and more than 20 Candidate’s theses have been protected.

Staff of the department has been constantly improving academic and pedagogical process and qualified surgical care rendered to children. They are actively developing issues of modern diagnostics and high-technology treatment of surgical diseases of children. Many specialists of the department have undergone training abroad (Russia, USA, Germany). 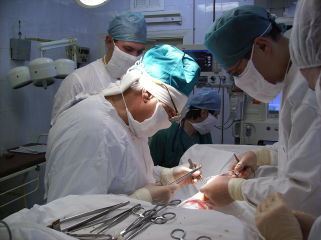 Main directions of work of the department

At present main directions of work of the specialists working at the department are connected with practically all issues of pediatric surgery, but first and utmost are the following ones: 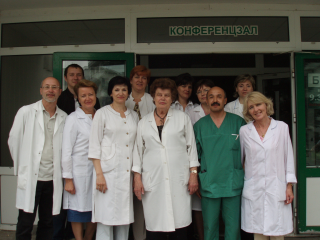 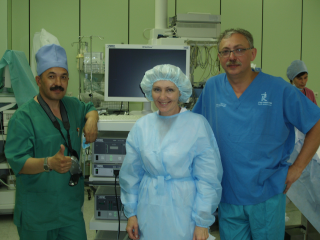 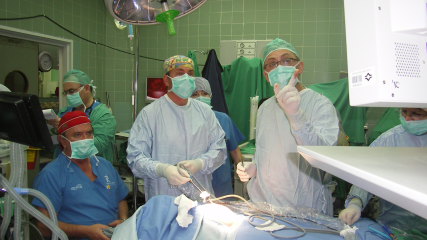 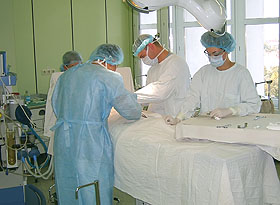 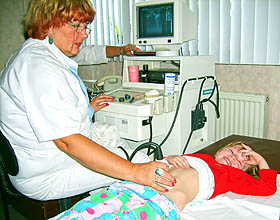